While 90% of Australian businesses are interested in being environmentally sustainable, only half are actively doing their share, according to HP Australia. That is an interesting thought given that sustainable and eco-friendly technology is consistently improving. In order to get brands and businesses to be more environmentally aware, they must get a clear understanding of the benefits they can reap from solar panels and the like. So what sort of benefits exist? 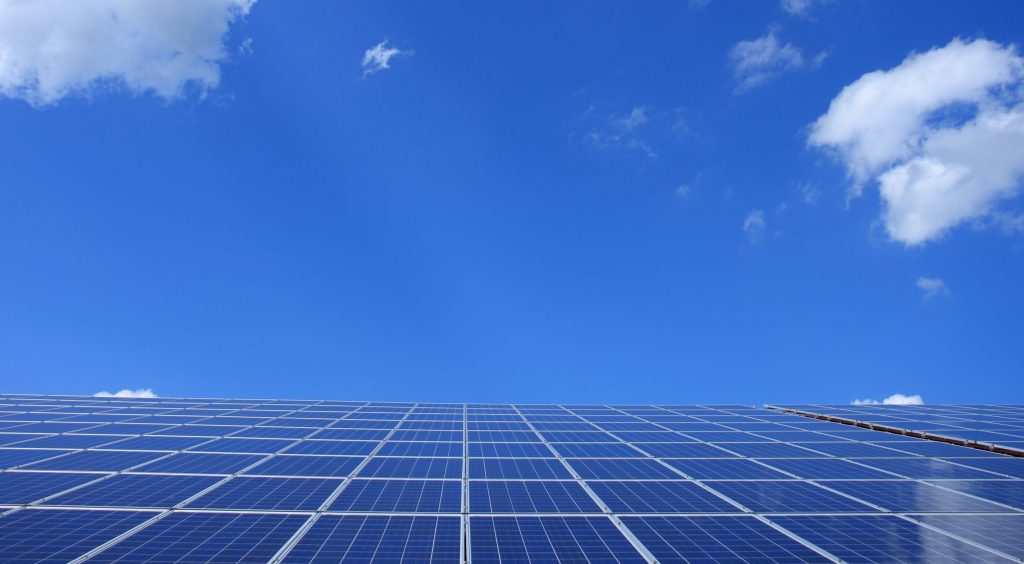 One of the ways retailers can become green is by embracing energy efficiency. Solar panel technology is a gateway to energy cost savings and energy efficiency. It’s also an opportunity to earn more money. A good example of this is David Green of Melbourne who sheared off nearly $500 from his energy bill by installing solar panels. Beyond that, he was able to earn $800 from the government as any excess energy he generates gets sent into the grid which is distributed to other consumers. These are savings and earnings that savvy businesses can take part in and it’s all because of embracing eco-friendly solutions.

The Australian government is also embracing the sustainability movement and is actively empowering consumers to do the same. A common concern about renewable technology is the initial hefty cost that goes along with it. Australia’s answer to that is the Sustainable Australia Fund wherein consumers and businesses can offset the costs of solar panel installation prices through a loan that can be paid over a 20-year period. Needless to say, switching to sustainable technologies is an affordable and practical move that every business will benefit from.

Businesses listen to the loudest voice and this voice belongs to their consumers. Roughly 83% of Australians expressed that it was extremely important to them that brands offer environmentally friendly products and services, according to Accenture. From the packaging to the materials, consumers are now highly discerning about the brands they patronise. If a brand does not share a client’s conservation-led advocacy, those consumers are less likely to be customers. When brands do not adjust accordingly, their profit margins will eventually suffer. So businesses that embrace solar technology effectively attract consumers who are concerned about sustainability and the environment.

The concept of sustainability is not just a trend with benefits, it is virtually a necessity. Businesses must realise by now that being eco-friendly isn’t just a statement or a PR move. It is something that they and the community they are a part of will ultimately benefit from.

Renewable energy procurement and start-up platform WePower have secured a strategic equity investment via Japanese investment/trading corporation Marubeni Corporation. A press release was published this morning. Let’s take a look and see what this could mean for businesses looking to purchase renewable energy on a scale they’re comfortable with.

You might remember WePower’s ICO at the start of last year – the blockchain-based green energy trading platform has enjoyed a massive financial coup by partnering with Marubeni Corporation. This will support rapid expansion of their ‘disruptive green energy procurement platforms’. This is really exciting news for a company we have been watching for a couple of years. We’re looking forward to seeing what their attitude towards PPAs for smaller (‘almost any’) companies will fare – so you don’t have to go all out on commercial solar (such as the XXXX brewery at Milton’s solar installation) and can just buy what you need at a smaller level.

WePower sees Australia as one of the fastest growing markets globally for power purchase agreements (PPA) and this investment will help bring green energy to corporate and industrial consumers from around Australia.

“We are delighted to work in partnership with Marubeni Corporation to develop and introduce new commercial energy services, as well as scale our solutions globally to markets including Australia.”

“Two-thirds of the energy produced worldwide is consumed by commercial and industrial clients. So, any meaningful change towards a fully sustainable future is not possible without enabling more corporate and industrial consumers to participate in the green energy revolution.

“To date, only the largest global corporations have been able to access renewable power sources by directly purchasing from a producer. The complexity of this process has created a barrier for smaller companies looking to integrate renewables into their energy mix and contribute to the growth of green energy development,” Nikolaj continues in the press release

“We did it by disrupting the traditional energy supplier business model with a deep focus on big data and a radically different approach to energy sourcing, management and trading. We believe WePower is in a unique position to disrupt the traditional corporate energy procurement markets by allowing almost any company to buy energy directly from renewable producers.”

As per the ABC, Byron Bay based energy consultants SunWiz have released statistics that show solar for businesses is on a strong upward trend in Australia, with commercial solar installs up 60% in the last year and a half.

The number of businesses installing solar panels onsite has reached 40,736 systems in the last year and a half over 2016 and 2017, according to Sunwiz MD Warwick Johnston. Johnston was also quoted on the ABC website as discussing the rising electricity prices as an impetus for more and more businesses to look into renewable energy so as to minimise exposure to the prices:

Last year Infinite Energy installed a 312kW system at Broadway Fair Shopping Centre in Perth – with 948 solar panels and, according to Broadway Fair GM Paul Avon-Smith, saving the comple $20,000 per month in power bills. According to Aidan Jenkins of Infinite Energy, “Solar currently represents the cheapest way to generate electricity, so we will start to see these type of systems become the norm over the next couple of years.”

More recently, the Brisbane Aiport Solar System is set to top out at a massive 6MW (19,200 solar panels) when it is completed next year. The project is set to be worked on in five stages and is going to be created in conjunction with Epho and Shakra Energy. Oliver Hartley from Epho said, “The introduction of such a significant solar system is a prime example of how BAC is adopting world-leading technologies in harmony with its sustainability focus.”

Office supply company Complete Office Supplies’ private solar investment in June this year was a massive $1m in rooftop PV solar at their Sydney, Brisbane, and Melbourne warehouse locations (the 611MWh solar systems installed by Sun Connect and account for 80% of COS’ energy requirements).

Commercial Solar in South Australia has been growing rapidly over the past 12 months, with installations at their highest peak since 2012 (when extremely generous feed-in tariff prices were available for early adopters in a (successful) attempt to kickstart the burgeoning solar market).

According to SunWiz, there’s been a huge 84% growth in businesses investing in solar energy (commercial solar) in the last year. That’s nearly 9,000 units – more than double the rate of two years earlier. The ABC website quoted Warwick Johnston, the managing director of SunWiz, as saying that the uptake rate is higher due to better quality (and higher efficiency) panels at more competitive prices.

“System prices have fallen significantly … since the feed-in tariff-driven boom,” he said. “So people are really taking this up just for the underlying business case rather than trying to rush in to secure some government subsidy, which isn’t needed any more.”

Johnston said that commercial grade PV solar systems were the fastest growing segment, noting that places such as shopping centres and supermarkets have invested in solar energy to help offset the rapidly rising cost of electricity. We could also point to other great examples of this, such as Complete Office Supplies’ private solar investment – an office supply company who, in June this year, invested $1m in rooftop PV solar at their Sydney, Brisbane, and Melbourne warehouse locations (the 611MWh solar systems were installed by Sun Connect).

The Advertiser gives us the example of the Mitani Group, a frozen food, chicken salt (our favourite) and mayonnaise manufacturer based in Salisbury, SA. The Mitani Group installed a 100kW system in December 2017 and, according to the managing director Tas Mitani, the company saved between $1,700 and $1,800 on electricity in July alone. Mitani bought the panels from TINDO Solar, Australia’s only solar panel manufacturer who have also seen commercial solar increase rapidly over the last year. Managing Director Glenn Morelli said that “sporting organisations and clubs, to white-collar businesses, to manufacturers, food industry, aged care,” were all benefiting from installing solar power, and that he was seeing interest from all sectors – basically “anyone with an electricity bill”.

With companies that use a lot of energy wanting to mitigate the risk of skyrocketing energy prices and the cost/benefit ratio of solar becoming more and more apparent as solar tech advances, we expect to see this trend of commercial solar increasingly rapidly.

Are you a company looking to install solar power at your premises? We partner with a select and trusted group of installers Australia wide, and can help you crunch the numbers to come up with the highest ROI solution for your solar investment. Fill in the form to the right or email us for more info.