A solar bench has been installed on the Warners Bay foreshore in Lake Macquarie – it is fully self contained and can wirelessly recharge compatible phones.

The smart solar bench was installed by the Lake Macquarie City Council and has the future capacity to act as a WiFi hotspot, according to Lakes Mail.

Manager of community planning for the Lake Macquarie City Council, Andrew Bryant, discussed the potential future rollout of further solar benches if this one is a success:

“This is a fully self-contained unit. It provides seating for up to four adults, and solar panels beneath the transparent bench seat can produce up to 100W of electrical power every hour – enough to charge mobile phones, tablets and other smart devices,” Mr Bryant said. He went on to discuss the future of renewables and how quickly tech is coming along:

“This sort of thing would have been science fiction just a few years ago, but users with compatible phones can simply place them on a designated area of the bench to activate recharging,” Mr Bryant said.

Lastly, Mr. Bryant discussed the future-proofing the council and manufacturer have built into the bench so they’re able to upgrade it in the future:

“The internal mechanisms are designed to be upgraded depending on our future needs,” Mr Bryant said.

“We will monitor its use and the needs of the community and will make a decision on these capabilities down the track.”

We’ve reached out to the Lake Macquarie Council to ask about the brand of hte solar benches, but it appears that they’re made by European company Steora:

Back in 2017 Perth had Steora smart benches installed by Australian distributor Cleanair, who came across the tech in Croatia. GM of Cleanair, Ivan Lozic, discussed how they want to harness as much solar power as possible through unconventional means as well as panels:

“Perth has such a great solar resource, so the more we can give residents the opportunity to harness it the better,” Mr Lozic said. If you want to read more about Perth solar benches please click here.

The Alexandra Canal transport depot was officially opened by Sydney Lord mayor Clover Moore on Wednesday. It’s powered by 1,600 PV solar panels and also includes a Tesla Powerwall/Powerpack battery which has 500 kWh of energy. It represents the first time solar has been combined with large-scale energy storage in NSW – just like Tesla’s South Australia battery venture earlier this year.

The Alexandra Canal transport depot will have the first government-installed Tesla battery for NSW – following suit from Victoria and South Australia who have already got similar setups. Lord mayor Moore took a look at the facility this week and had some high praise and explanation for the government’s future renewable plans:

“Growing the uptake of renewable energy is critical in combating the worst impacts of climate change,” Ms Moore said, adding:

“We’re working towards a target of 50 per cent of all electricity in the City of Sydney area to come from renewables by 2030.

“To help us achieve that target we’re covering the roofs of our properties with as many solar panels as possible. By mid-2021, we expect to have more than 7800 solar panels on the roofs of our properties. As the mix of storage and generation on our electricity grid changes, solar solutions like this could provide reliability and resilience to our electricity network and potentially prevent blackouts,”

The Tesla Powerpack batteries will be remotely managed by TransGrid and will be the first cab off the rank for a plan which will see Sydney install 1.5MW of battery storage on top of council buildings – with the goal of making their city 50% renewable in the short term.

“This initiative with the City of Sydney will afford the depot a significant amount of energy self-sufficiency while also sharing benefits with the wider community through the electricity network,” Mr Italiano said.

“By partnering with a site where this service is needed, we can support the City of Sydney’s renewable energy goals and reduce the cost of the council’s depot.”

Mackay Council have decided which company to go with after putting out a solar tender last year. The Mackay solar project will be built by a Brisbane-based company – Akcome Power – who offered a significantly lower price than their competitors.

We wrote about the initial tender process last year – the initial pool of EOI respondents was 16 companies, which ended up being whittled down to four.

Akcome Power Pty Ltd won the tender with a price significantly lower than the other three remaining respondents. Personally I’d be a bit wary of such a major discrepancy between quotes, so let’s dig a little deeper. Akcome’s proposal involves the usage of Huawei and ABB inverters – with 10 year warranties – and ‘unspecified’ solar panels with 30-year warranties.

Nevertheless, consultancy Peak Services reviewed the proposal and Akcome as a company and came away satisfied. Have Mackay Council got a fantastic deal or will they end up paying the prices for not paying the price and end up with a system where performance doesn’t meet expectations or quality issues abound? Time will tell. There are certainly plenty of perturbed solar companies in North Queensland right now.

According to the council, the final price will be offset by a little over half a million in STCs (small-scale renewable energy certificates). This, in conjunction with other ‘council and contingency costs’, will bring the final price to around $1.97 million.

“Council, like households, has been hard hit by rising electricity prices,’’ Mackay Mayor Greg Williamson said in a statement last Friday, according to One Step Off The Grid.

“This fairly modest initial outlay is an investment in the future which will provide ongoing cost savings.”

This will be a great thing for solar jobs in Mackay – the 21 council facilities will require plenty of help getting the solar installed – and it seems like the majority of it will be going to local installers:

“Akcome has advised it will engage local Clean Energy Council of Australia-accredited electricians, as well as local non-accredited experienced electricians to work with them, plus local trades assistants,” Mackay Mayor Greg Williamson said.

“They expect to use 60 to 70 per cent Mackay-area based tradespeople to complete the installation.”

You can read the minutes of the Mackay council meeting where they decided which company to use by clicking here.

A partnership between the City of Greater Bendigo and local community groups has seen council solar in Bendigo continue to climb. The city’s myriad PV solar installations will save the council around $14,000 in electricity with the panels installed on a number of council owned buildings in Bendigo.

The Bendigo Advertiser is reporting that the $50,000 solar installations had funding from the Federal Community Solar Program and the City of Greater Bendigo managed the grant.

Bernie O’Sullivan, Bendigo Council’s director of strategy and growth, spoke about the savings, both financial and ecological that council solar in Bendigo will bring to the city:

“These new solar panels are expected to create more than 55,000 kilowatt hours of electricity each year and create savings of approximately $14,000 a year in electricity costs,” Mr O’Sullivan said.

“The solar panels are also expected to reduce greenhouse gases by 72 tonnes a year. Community groups pay the utility bills associated with these four facilities, so the solar panels will mean reduced costs for those clubs.”

“We were very pleased when the club representatives approached us and we have assisted by applying for funding and getting the panels installed.”

The Bendigo Aquatic Centre will be next – another (council funded) 50 kilowatts of PV solar will be installed there later this year. This will bring Bendigo up to 281.5 kilowatt solar installations in the last 12 months. Always fantastic to hear about council working with its constituents to install renewable energy.

Council solar has been a big thing lately, like the Lismore floating solar farm, Geelong council’s decision to install solar panels above its swimming pools, and Newcastle City Council’s plans to cut electricity usage by 30% within 2 years and usage of the Newcastle solar farm. 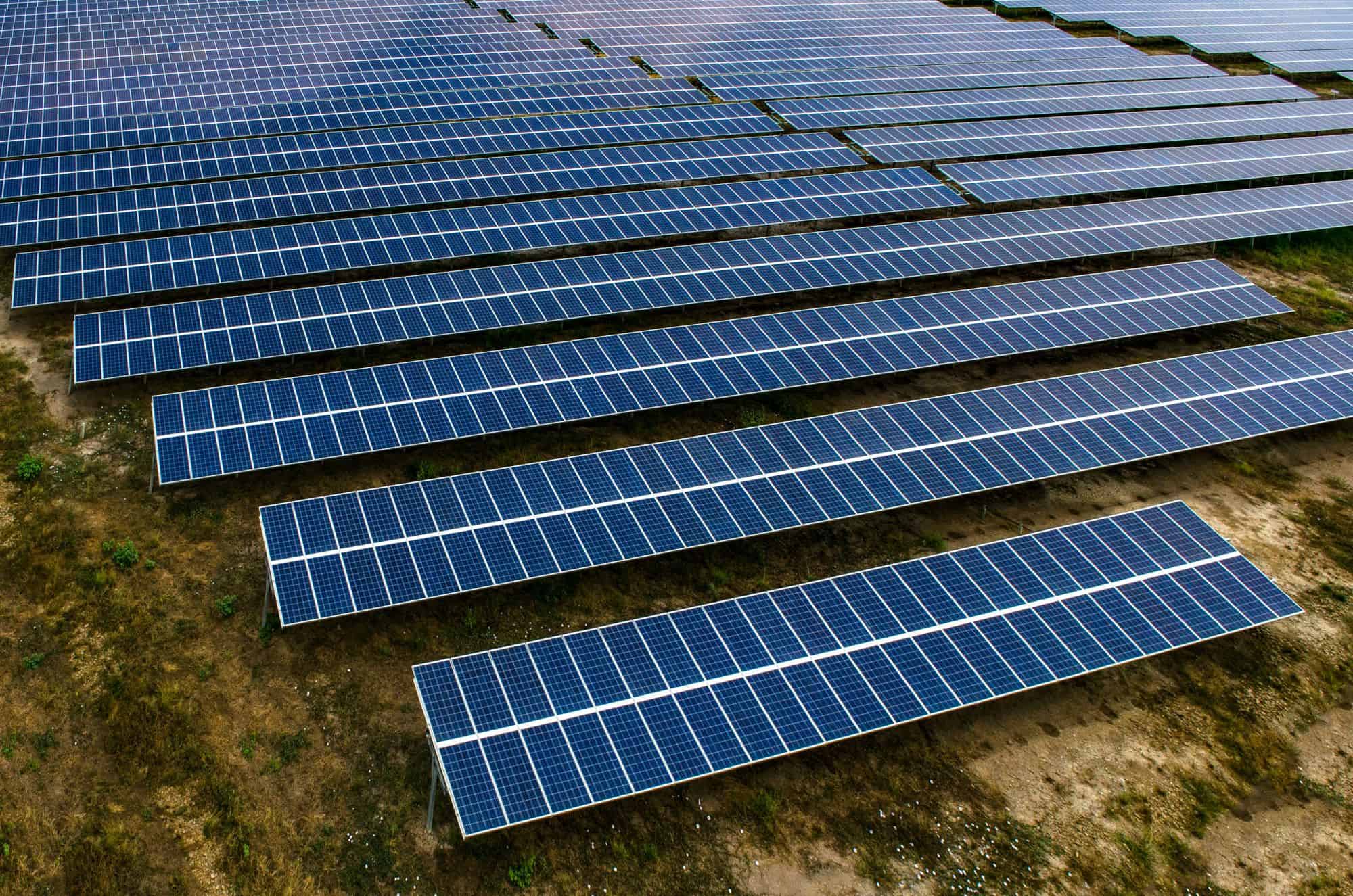 Shepparton solar – the regional Victoria town is going to follow the trend of councils going renewable and install solar power at some of their local facilities, the Greater Shepparton City Council voted this week. The jury’s still out on a number proposed solar farms in Shepparton which are being opposed by some.

Council solar has been a hot topic over the past 12 months and it’s fantastic to see the Greater Shepparton City Council following suit – Renew Economy are reporting that at a council meeting last week a $225,500 contract to install solar panels on multiple council buildings had been awarded to True Value Solar from Melbourne.

Cr Bruce Giovanetti made a statement about how important councils doing their part in utilising renewable energy is:

‘‘It’s great to see council is taking a proactive approach to ensuring we can reduce energy consumption costs as much as we can,’’ he said.

The Shepparton News are reporting that five solar farms in Shepparton have been proposed:

These five farms total more than $300m of investment and will produce over 250MW of power for the area – but not everybody is happy about it.

‘We’ve heard the relevant objections from people nearby, which indicates concerns about the science, about amenity, about the alienation of agricultural land,”

Hazelman elaborated on how he thinks the dispute will end up in the courts:

‘‘And in the absence of (state government) guidelines, it would appear that regardless of what decision council makes, either for or against … it will inevitably end up in VCAT. It’s going to make it difficult.’’

We’ve heard the NIMBY argument about ‘prime agricultural land’ from ‘concerned residents’ before (remember Photon Energy’s Brewongle solar farm?) – so it’ll be interesting to see how this plays out in court.

A spokesperson for Planning Minister Richard Wynne said the Department of Environment, Land, Water and Planning had prepared advice for the minister to consider, and he would make his ruling in due course.

You can read more detailed information about the solar farm planning permit applications by clicking here.