Construction on the solar farm began in May – it’s expected to be completed early next year, and fully commissioned (providing renewable energy to the refinery) by April. The project will include 1.3 million solar panels and, according to a release by the Queensland Government, will create 210 solar powered jobs.  Queensland energy minister Mark Bailey praised the project, saying “Use of renewable energy in this way not only demonstrates it as a reliable energy source for large-scale industry, but that Korea Zinc is committed to the people of North Queensland, to minimising carbon emissions and protecting the Great Barrier Reef.”

First Solar have been chosen to undertake the project. They have over 500MW in the pipeline for the next 12 months, including the Hayman and Daydream solar farms.

Sun Metals is a subsidiary of Korea Zinc – they’ve already spent around $1b on the Townsville zinc refinery and, according to the Courier Mail, the 116MW the Sun Metals solar farm provides will account for around 1/3 of their energy needs – so there’s plenty of room to expand. PV Magazine said Sun Metals produce 225,000 tonnes of zinc p.a. and that requires over 900,000 mWh of electricity.

Sun Metals CEO Yun Choi said in May that “The SMC Solar Farm investment of $199 million is the first step in Korea Zinc ensuring the long term viability of the existing refinery and also underpinning the potential for its expansion using world class new technology, with an investment decision due in late 2017,”

Jack Curtis of First Solar was quoted as saying that “This project represents the viability of the commercial and industrial solar market in Australia and the growing trend of major energy consumers owning and operating renewable energy assets.”

Whilst far from being the first example of renewable energy in resources, it’s great to see these big companies work at reducing their carbon footprint as the benefits (e.g. cost, price fluctuation protection, environmentally friendly nature) of solar becomes more and more attractive.

A substantial rise in solar PV farms on the Darling Downs risks causing major issues with energy supply networks if urgent grid updates are not undertaken to ensure the Darling Downs solar grid is future-proofed.

According to The Chronicle, six projects worth almost $2 billion are planned for the Darling Downs region over the next few years. This includes a 5000-hectare plant at Millmerran (the largest solar farm in Australia), and the $200 million, 100MW Yarranlea solar farm.

State Minister for Energy, Biofuels and Water Supply Mark Bailey told the Toowoomba and Surat Basin Enterprise National Energy Summit “at this stage” the Queensland Government don’t have any grid upgrades for the Toowoomba area planned – noting that they have upgraded the transmission line in North Queensland “because we’ve got so many projects happening there.” Bailey said that “…we will continue to review our system to make sure we can facilitate these projects.”

Federal Minister for Resources Senator Matthew Canavan was also drawn into the conversation, advising that we should be careful with the amount of renewable energy we source if we don’t have a clear path forward with regards to grid stability: “We shouldn’t push renewables up above 40% without a proper plan of knowing how to keep the lights on when renewables are not there,” he said. “That’s what they did in South Australia and they put their own state and businesses there at great risk.”

The Chief Executive of Yarranlea Solar, Nick Canto, said that “major infrastructure upgrades” were required as the existing grid will not have the capacity to deal with the increased power load. Canto was also quoted on the 11th discussing Toowomba and the Surat Basin’s ‘extensive electrical transmission network’ – so it looks like he’s more worried about the grid’s ability to deal with such a large amount of renewable energy from multiple solar farms.

Back in the days of solar power’s infancy, the QLD government (most states in Australia also ran their own separately) ran a plan where users feeding solar power back into the grid could receive a ‘premium’ feed-in tariff of $0.44/kWh. With the growing technology behind battery storage and solar panel technology, the 238,000 customers that will remain on the grandfathered premium Queensland solar tariff plan until 2028 pose a threat to the budget and the government have decided to try and figure out a way to ensure it doesn’t become a problem in the future – and they’ve decided to do this via a crackdown on excess battery storage.

Customers who applied for the Queensland Solar Bonus Scheme before 10 July 2012 and maintain their eligibility can continue to receive a feed-in tariff of 44 cents. Be aware these grandfathered plans are at least 400% more generous than anything you’ll get in 2017 so check before making any changes that may affect your 0.44c! This feed-in tariff is closed to new solar customers and will expire in on July 1, 2028.

With battery storage becoming the norm, there was a push last year (championed by Ergon Energy) to buyout the users of this this tariff or include a ‘voluntary swap’ with battery storage – unsurprisingly this was met warmly by the battery storage industry and the solar industry. It was, however, quashed by the Queensland Productivity Commission in late 2016 as the cost (~$9,000 per household) was deemed too high.

Queensland Energy Minister Mark Bailey introduced a bill on June 15 to limit the amount of energy solar power consumers can feed into the main grid, telling the Courier Mail that it was necessary to stop customers ‘gaming the system’. This is due to projections showing the cost of the scheme could have grown by 25% by 2028 – which would, according to Bailey, raise the cost from $4.1 billion to $5.1 billion. As per the ABC, as part of the new bill those under the Solar Bonus Scheme would no longer be able to feed energy into the grid while taking power from their battery.

Bailey was quoted as saying: “You can either use your solar PV to generate power for your property, or you can use the power coming from your battery,”and “When the Solar Bonus Scheme was first established, new technologies like batteries were not a consideration.”

The Electricity Act 1994 and the Electricity Regulation 2006 set out many of the rules that apply to the 44 cent premium feed-in tariff. Bailey’s bill is due to be debated later this year and we’ll keep you posted on its progress. 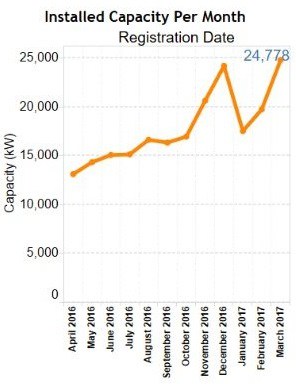